You are here: Home / consumer rights / Debt Settlement Industry On The Verge

Due to business practices that have been deemed unfair and abusive used by many companies offering debt relief services (primarily debt settlement), new federal laws will come in to play that take aim at what are recognized as some of the worst practices.

Those companies and industry associations that are most affected by the rules the FTC added to the existing TSR’s, which will ban charging upfront fees starting 10/27/10, are rumored to be coordinating a legal challenge.

It is, in my opinion, a silly effort.

Debt Settlement – “For the Love of Money”

The motivation to do so is rather predictable. If the figures thrown out there by debt settlement trade groups are to be believed, they claim their members have settled a couple billion dollars of debt. Given the average fee charged by the trade group’s members is 15% of the debt a consumer submits to them to settle, that would amount to 300 million in fees generated. That’s for what has been settled, not submitted to attempt to be settled. This means the fees paid could far exceed 300 million.

That’s worth fighting over, no doubt.

What’s the problem with the debt relief challenge?

There are big problems with starting this fight however. All one needs is some clear forward thinking to know that any challenge, even if successful, will only result in more regulatory muscle flexing.

Let’s say industry files a challenge and a temporary injunction is granted where by debt settlement firms can continue their advance fee, pay go fee, or whatever you want to call it (I call it profiteering on the backs of the already financially disadvantaged). What do they gain? Several months, or even a year of continued money grab practices, until the court is able to grasp the issues?

If industry does challenge the FTC rules, here is what I see happening along the way:

States will pass even more aggressive laws in an effort to protect their residents. Illinois just passed a fee cap of 15% of savings only. That’s a cap on fees where there are no caps in the FTC rules. Incidentally, 15% of savings is what CRN has had as our fee for direct settlement services since 2006. 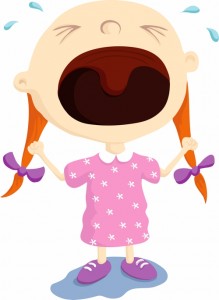 Cap debt settlement fees nationwide at 5% or 10% of savings.

Aside from fee capping, there are even more stringent guidelines in the Senate bill, such as not impeding a creditor or its assignees from communicating with the consumers enrolled in a settlement program. This little gem would further cut into industry profits as consumers would then realize that most banks are willing to work directly with them to settle their debts and that there is no need to pay a company to do it for them.

The momentum for passage of a congressional bill lost a little steam, but could become re energized if the industry throws a hissy fit in the courts. I understand senate staffers have continued some efforts in this regard since the announcement of the FTC rules. Industry may soon find they have battles with regulators on multiple fronts.

There is the Consumer Financial Protection Bureau (CFPB) that will be up and operational shortly, which could easily smack the industry around with its significant enforcement ability.

State regulators came out in huge support of the FTC rules leading up to their being announced. Several states are aggressively pursuing bad actors in the debt relief industry right now. If industry challenges the rather fair measures for regulation put forward by the FTC, look for a ramp up of actions taken by state regulators to quickly ensue. I would suggest that ALL members of industry trade groups have penciled in targets currently on their backs. Legal challenges to the new rules could bring out the permanent markers.

There is absolutely no one in support of debt settlement companies being able to continue to operate in the way they have, other than those who have profited most from it.

Companies whose business structure can survive with a shift to only collecting fees for service when they settle a debt have already started making adjustments. These companies will join the ever so small ranks of companies who had already been charging the majority of fees on the back end. They will thrive in a period of time where the press may look to highlight their fair practices while continuing to hammer those companies with unfair practices. Companies fighting for the upfront fee status quo will lose further ground in a media war that began a couple years ago.

This blog is likely not read by many in the debt relief industry, but I would encourage anyone with an opinion to participate in commenting here.