You are here: Home / bankruptcy / Considering Bankruptcy – Is Debt Settlement Right For Me?

A well balanced article by Sandra Block in this morning’s USA Today – “Thinking of debt settlement? New FTC rule can help”, contained some great tips and information for consumers looking into debt settlement as a way to avoid bankruptcy.

For the past many years (and through 10/27/10), Debt Settlement service providers have, in large part, been able to charge fees, whether they were helpful to consumers or not. With new rules issued by the FTC, companies offering settlement services will now have to earn their keep in all 50 states.

There are many attributes to the new rules that will benefit consumers looking for reputable and honest companies to assist them. I will cover many of these consumer protections, in detail, throughout the next several weeks, here on DebtBytes.

I want to expand on Block’s article where she quoted me from an earlier interview, saying:

‘Michael Bovee, founder and president of Consumer Recovery Network, a debt-settlement firm that doesn’t charge upfront fees, agrees. Many consumers who have signed up for debt settlement in recent years should have filed for Chapter 7 bankruptcy’, he says.

I meant what I said in this quote. It is as applicable looking forward as it is in the looking backward context delivered above. 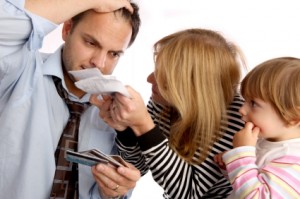 Nobody wants to file for bankruptcy.

The debt settlement industry has been able to leverage this fact exceedingly well with over hyped and over the top claims that debt settlement is a panacea to the debt woes of middle class America. What the FTC found through the 2 year process of crafting these new rules, and from their own enforcement actions, as well as those by state regulators is; AT BEST, Debt Settlement has only worked for roughly 1/3rd of the people who try it. Some sham companies that have been shut down were shown to have only been successful with less than 5% of their client base!

Debt Settlement marketing has been designed to enroll the wrong people, along with the right people, because the fee model used by most companies allowed them to get paid, regardless if they delivered on their claims or not.

The FTC rule changes will chase away many of the “fee grab” marketers from the industry, as they will not be able to “sell” settlement as some easy, soft, “just send this less painful amount of money to a set aside account monthly and we will handle the rest” approach. They will be unwilling to wait to get paid their commissions from people they sign up who cannot fund settlements for sometimes 6 and more months (or at all).

WARNING: The soft sell of debt settlement, even with all of the new disclosures and the upfront fee ban, will still persist after all of the FTC rules take effect.

It may take a while for companies to realize they are shooting themselves in the foot by accepting clients who are ill suited to try to avoid bankruptcy through a debt settlement (often referred to as debt consolidation & debt negotiation) program. So, consumers are still going to have to be thinking through the math to see if they should try debt settlement. It is always the math that should determine whether settlement is right for you. Math & Timing… Math & Timing… If these two things do not sync, given your current finances, debt settlement is NOT right for you!

“Debt Settlement – The Math & Timing” will be Thursday’s post her on DebtBytes. Don’t miss it!

Be Careful! It’s still a jungle out there.