Can you negotiate a credit card debt if you are being sued? – Darby

Can you negotiate a credit card debt if you are being sued? – Darby

I have unpaid credit card debt.

Can you negotiate a credit card debt if you are being sued?

Yes you can negotiate and settle a credit card lawsuit. In some cases, if you cannot raise enough money to settle in a lump sum, you will be able to set up affordable payment arrangements to keep from being garnished, or your bank account levied.

Being sued for a credit card debt happens at different stages of collection. Are you being sued by a collection law firm on behalf of your original creditor? 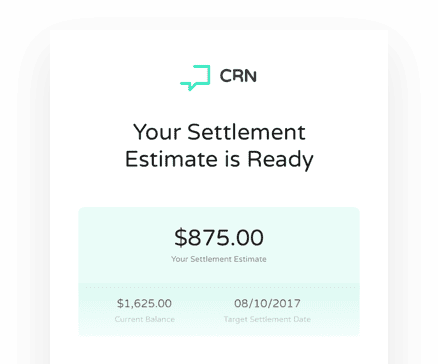 Get Your Debt Settlement Estimate

Get a debt settlement estimate and settle your debt using our platform without ever picking up the phone.

When negotiating a collection lawsuit on a credit card debt with your original creditor you can settle with a lump sum amount of money, or set up monthly payments you can afford on the balance. It is possible to get some of the balance negotiated down with lower monthly payments (time to pay), but that is not a frequent option in a lawsuit situation with your creditor.

Negotiating and settling a credit card debt when you are being sued by a collection attorney representing a debt buyer is different.

Debt buyers buy defaulted accounts in bulk from credit card issuers. They pay different amounts for the legal rights to the debts they buy. The “fresher” the debt (6 to 12 months in default) the higher the purchase price. As defaulted credit card debts age, the less it costs to buy them. Credit card debts that get charged off by your original creditor are often bought and resold several times. The cost to purchase debts that have already been sold once or twice will be much less than was paid originally.

Debt buyers invest in unpaid debts and are taking a risk that they can get troubled credit card borrowers to pay up. Debt buyer collection has proven to be profitable. They don’t get people to pay on all of the accounts they buy. Not by a long shot. They only need to collect enough money on the portfolio to cover the cost of the purchase, the overhead to collect, and meet projected portfolio profits.

Debt buyers settle credit card debts they own for less than the total you owe on the account. They will either collect debts using in house debt collectors, assign accounts to a subsidiary collection agency, hire another debt collection firm, or place accounts with attorney debt collection law firms they have relationships with.

There are many debt buyers out there. Large and small. Some specialize in different areas of debt. For example, some buyers only buy up delinquent credit cards; some buy only medical bills, deficiency balances on repossessed auto loans, and with the housing market crash – some now focus on buying up defaulted HELOC and second mortgages. Credit card debt buyers and the debt collectors they hire will, more often than not, be identified from a list of “usual suspects”. The attorney firms used to collect debts are often major players in the debt collection industry, but there are new additions to the list of attorneys collecting debt every year.

Settling an old credit card bill when you are sued by an attorney hired by a debt buyer. 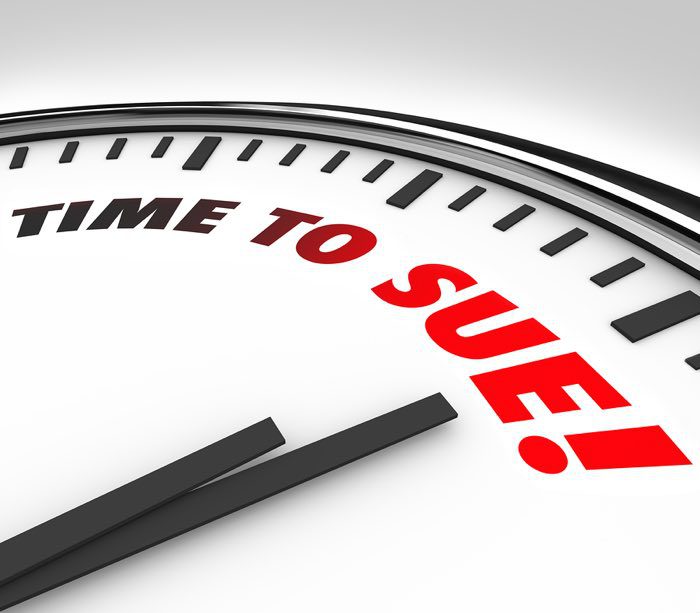 Debt buyers, the debt collectors and collection law firms they hire, use some similar criteria to identify who they will sue in order to try to get paid. They don’t really care if the credit card balance they are collecting on was from balance transfers, large purchases made prior to when payments were stopped etc. They do use software and manual methods to identify accounts that show an increased likelihood of getting paid the full amount when going through the expense of suing you.

The attorneys and debt collectors hired by a debt buyer often work on a contingency (original lenders and credit card companies hire collectors on contingency too). This means they get paid when they get you to pay. For this reason, they have developed different methods for evaluating which accounts will have the highest likelihood of a return – getting you to pay. This sophistication is often referred to in the industry as “skip tracing” and it has different levels. Some software compares what can be seen on your credit reports weighed against whether you are current with a mortgage, other loans, even the affluence of your zip code, or whether they have an attorney debt collector relationship in your state, or within a couple county distance.

Getting the law firm suing you to agree to a lower negotiated balance pay off and settle the debt will depend on a host of things.

Are you being sued by the original creditor or a debt buyer? Look on the court papers you received for who the attorney identified they are working for.

Are you experiencing personal financial hardships that are verifiable – unemployment, underemployment, medical or health concerns, are you on a limited income from federal benefits, are you currently being garnished from other unpaid debts…. depending on the answers to these questions, the amount you pay to settle the account, or the amount of the monthly payment you may consider agreeing to can be impacted.

When it comes to being sued by a debt buyer, you may want to consider defending against the lawsuit as an alternative to settlement or payment arrangements.

Debt buyers typically get a scant amount of detail about your debt from the creditor they buy it from. If your account was purchased and then resold again, the degree of separation from your original lender is even more of a problem.

Debt buyers may be limited in the way they can back up their claim about your debt in court. They often have an excel spread sheet that lists all the accounts they purchased in the portfolio that had your account in it. They may only have access to your name, account number, social security number, the balance owed at the time of sale, your address and phone number, where you work…. In other words, just the basic details.

Debt buyers suing people in court over credit card debts are playing a law of averages game. The vast majority of people don’t file an answer to the lawsuit with the court. There are many reasons a lawsuit will be ignored and the debtors head placed firmly in the sand. Guilt over not being able to pay up to that point, fear about the court process, uncertainty about the options to  manage through an old debt that has escalated to this point. When the lawsuit is ignored, a default judgment is entered because the court assumes the legitimacy of the debt, and that the balance being collected is all accurate and can be backed up by the plaintiff – the debt buyer – because there was no challenge or defense to the lawsuit.

Debt buyers, and the attorneys they hire to collect for them using the courts, are being called out for presenting the courts with robo signed affidavits similar to the mortgage foreclosure fiasco. They are often unable to get the data they need to back up their claims sufficiently in court. They are often unwilling to go to the expense of having experts and those most knowledgeable about your account flown out to testify. Sometimes the simple fact you filed a credible answer to the complaint with the court is enough to make a debt buyer settle more favorably, or to even drop the lawsuit and go away.

Getting your own debt defense attorney.

There is a cottage industry of consumer attorneys who have been having good success in defending people against debt buyer lawsuits. They are succeeding by raising challenges to the claims made by the debt buyer and the collection attorney. It seems their claims cannot be easily substantiated by the excel spread sheet they purchased from the original creditor or another debt buyer. There is a whole lot more to it than that, but that’s detail that you can discuss with a creditor defense attorney.

Hiring an attorney to defend you against a credit card lawsuit costs money. You will have to weigh that cost against what it may cost to settle the account. The smaller the balance you are being sued for, under say $2500.00, the less sense it may make to defend the suit from a pure economic basis. Also, many attorneys who are not familiar with debt buyer lawsuits will just tell you “pay the bill”, or “I can settle it, or get payments set up for you”. Well, you or I can do that too. Sometimes, what you really need, is an attorney already familiar with defending against debt collection lawsuits, and there just aren’t that many of them out there.

This page is a good way to connect with the experienced attorney resources you might need. Post more about your situation in the comments below and I can send you resources I know of via email. You can also call me through the hotline. Regardless of what your motivations and ability to deal with being sued for collection are, making a call to me or to a debt defense attorney in your state will help you reach an informed decision about what to do.

When it comes to settling a collection lawsuit with a debt buyer, we can provide one on one support. We cannot help you with legal pleadings and the like, just the settling, or payment arrangement part. You may have additional unpaid bills and have bounced back enough financially in order for us to help you put together a plan to handle a collection lawsuit and the other bills in order to prevent more aggressive collections in the future.

If your financial situation has deteriorated to a place where you are being sued for unpaid debt, and you have multiple debts that you are unable to pay, it may be time to consider bankruptcy as an option to manage the situation, and even get a fresh start in a chapter 7.

I took the time to answer your question with the detail provided above because there was not much background information provided with your question, and also because others out there searching for answers about settling a credit card debt lawsuit might find some of the information useful. You, and anyone reading this, are welcome to post comments and questions below.

Not sure where to start? Click on the big blue “Get Debt Help” button.